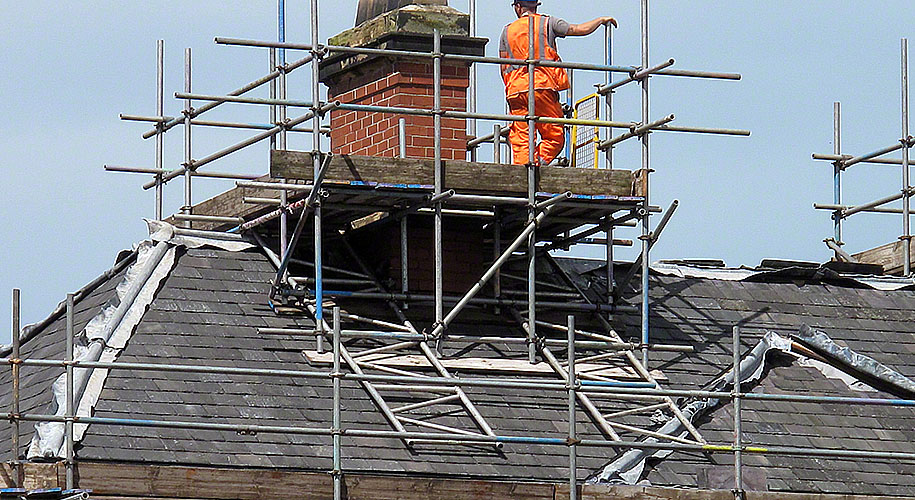 Frost damages are one of the worst type of damage your chimney can be a victim of. Usually, chimney relining services are called up to see through to all the damages done to your chimney.

What Are Frost Damaged Bricks?

The bricks on your chimney are vulnerable to the outside weather which can cause them to deteriorate. The different weathers effect the bricks of the chimney hence it can cause damaged, spalled or frosting in the chimney bricks. Low temperatures, high amount of rainfall or windy weather can cause the bricks to have frost damage. High wind and rainfall can hit the bricks and sometimes penetrate through its surface which can be frosted when the temperature goes below zero.

Damping bricks are bad enough to be repaired and pair that with low temperatures where the dampness freezes and water expands causing the fissures in the bricks to widen up. This cycle continues inevitably and makes your chimney more damaged day by day. A good chimney repair service is recommended so that you can grip the problem in its early stages and treat it without much trouble.

As much as you would like to set up your appliances and countertops in kitchen, your frosted chimney bricks need your attention. Let’s know how to repair frost damage.

Identifying the frosting of the bricks is crucial where you need to analyze what part of chimney is affected. It may occur that the whole thing is damaged so you may need to repair the whole chimney. The frost damaged bricks are likely to look spalled and cracks would seem visible due to the expansion of water in the fissures. The frosting can also cause the chimney to lose its effectiveness. Look for signs or call a professional for chimney service. The worst-case would be that the chimney would leave an opening in many places due to the falling out of the bricks.

Clear out the masonry with a wire brush and water repellent to saturate it. This way your bricks will be cleaned out and saturated with water repellents. Make sure that the water repellent that you use contains silanes and siloxanes as their particles help fill the tiny holes that are invisible to the naked eye essentially making the bricks unable to be penetrated by the water.

Alternatively, you can also use silane and siloxane creams coated on the bricks to ensure that the frost damage or spalling bricks are prevented for good. An expertly applied cream will be the most effective and have a lasting effect.

Have the Right Kind of Bricks Installed

The type of bricks play a huge role in being frost damaged or spalling according to the weather condition in your area. The bricks that you use must match the weather resistance in your state or area like water resistant bricks for a rainy area. When rebuilding the chimney, before buying the bricks check for those bricks that have SW (severe weathering) or MX (moderate weathering) stamp to determine what you need.

Read the Instructions for Sealers

Sealers are used for coating the bricks so that they are protected from the harsh weather. However, before applying a sealer to the chimney bricks, read the instructions carefully to get the maximum out of it. Some sealers require more than one coat to be applied to the brick to reach their maximum protection. Some require just a few minutes to apply the second coat whereas other take some more time to have it applied for it to enter the mortar. Different sealers have different instructions and it’s important to go by them to get the maximum result out of it.

Caring for your stuff is important for them not to get broken down. Same with the bricks where prevention can lead to minimizing of the frost damage and increase in the lifespan of the bricks.

Here are a few prevention measures you can carry out.

Chimney damages can be serious and chimney inspection Upper Marlboro services should be called to make the necessary repairs to the masonry.